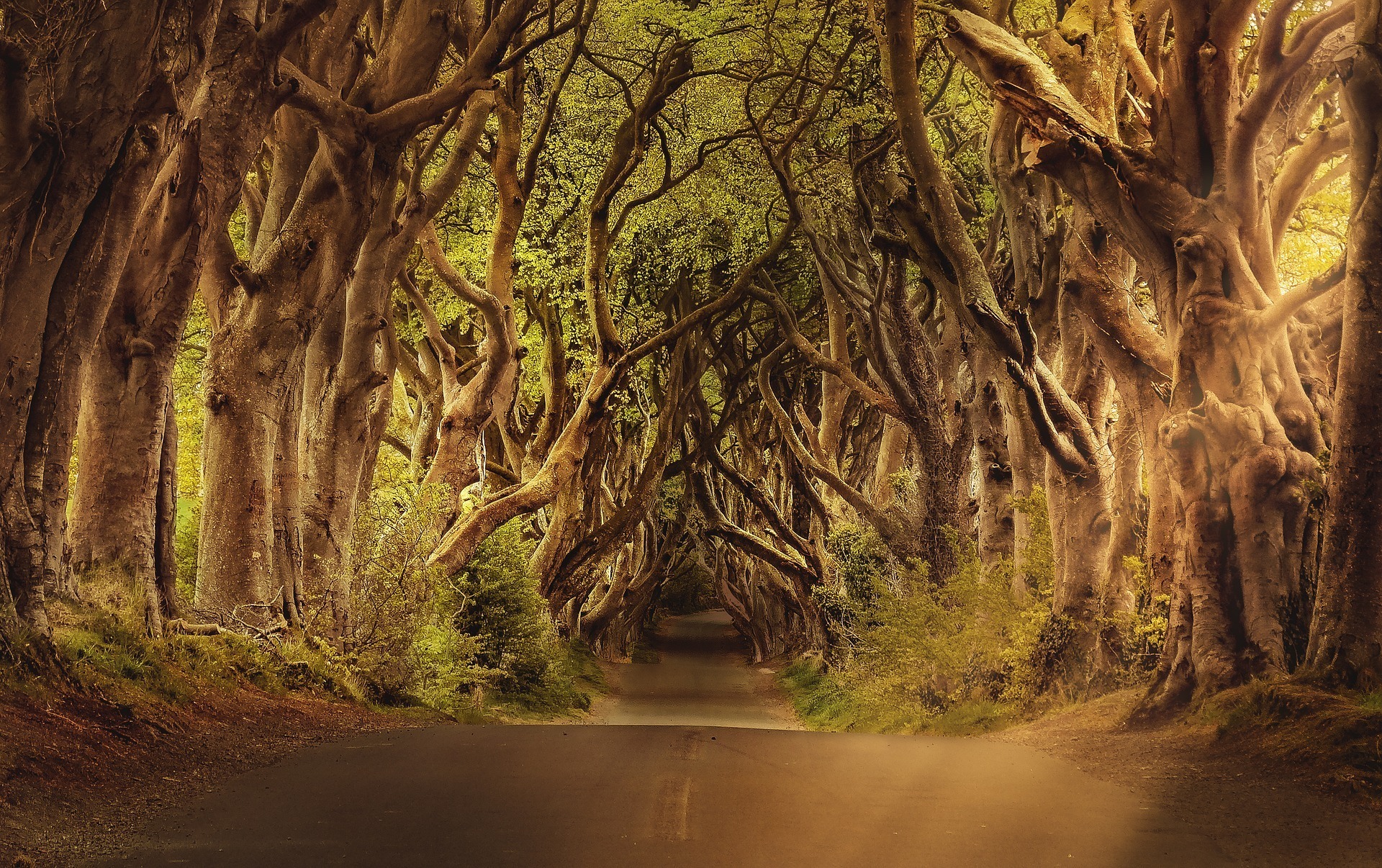 Ok, confession time.  I love myself some fantasy, some fiction, some let’s sneak away from reality where things may be a little different, but that’s totally ok because it’s a world completely separate from my own and it’s FABULOUS.

(yes, I realize this may make you think I’m a bit of a dork or whatever, but that’s ok, I’m comfortable with that label….sorta. ;))

SOOOO  back in 2011, when Game of Thrones started, of COURSE I was watching it.  OF COURSE I read all the books. In fact, I read books 3 and 4 on my honeymoon (tells you what sort of couple we are, huh?)  In truth, we spent almost a month at different beaches so there’s a lot of time you can read when you’re sitting on a beach but I digress.

From the very first episode I was totally enthralled.  No, I hadn’t read the books BEFORE the first season started, but you better believe that first book was finished before the first season was.  It WAS AWESOME!.

Maybe I should point something else out here–the first season started the year I got married.  That means, this HBO Series has been with my husband and I basically throughout our entire marriage.  It’s CRAZY to think that it will no longer be with us on Sunday nights. It means we don’t have this series to look forward to anymore.

Last Sunday night, when we finished the episode, and no, I’m not going to put my 2 cents into whether or not I liked the last season or the last episode–no spoilers here!!–but after the episode finished, I sat there on the couch sorta lost.  It was VERY strange. My husband asked, “what’s wrong?” I said, “I don’t know.”

I was downright sad.

I mean, I feel like all the loose strings were tied up (so that may be a bit of a spoiler), was I happy how they were tied???  Maybe, maybe not–remember, this isn’t a critique on my favorite HBO Series ever…. So it wasn’t like I was left with this cliff hanger where I was throwing things at the tv (which has never happened before, honest…wink ;)).

My hubby and I were talking about the show, the ending, what we thought, and then it hit me.  I recognized what that feeling was.

I was going through a break up with Game of Thrones.

When I told my husband this, he started laughing at me and confirmed my status as “dork.”  (I definitely married “up” in the coolness department with this dude.)

BUT, hear me out, let me tell you why I think the ending of GOT is a lot like a Break Up and how this could be translated into my yoga practice.

I’m happily married now, but I have had my share of breakups so I’m pretty familiar with the feeling–that hole in my heart, the sadness, the sorta forlornness that comes with a relationship that has ended.

That’s exactly how I felt as I sat on the couch post GOT season finale.  I realized that I’d never have this show to look forward to again. I’d never get to see my favorite characters preparing for “winter.”  I realized that the relationships that I had made with the characters via the books and the series, those were all dying. I was never going to see John Snow and Ghost battle it out again.  I wasn’t going to see Dani riding high on a beautiful, mythical dragon, or my favorite little Arya totally kicking some tail with “Needle,” or whatever else was handy. All these characters, which had grown up with me and my marriage, my new family, and they were all going away!

Game of Thrones was leaving me and it felt like a total BREAK UP!

Now, let’s tie this into yoga.

Several months ago, I wrote about one of the Yamas in yoga, Aparigraha–a principle that in essence teaches us to let things go, to not be attached to things.  It’s a great concept to help you and I deal with surrounding ourselves with beneficial people, practices, food, work, you name it.

Well, let’s go back to Game of Thrones.  This is gonna give you guys more fuel in the whole, “Jennifer is a Dork” thing, BUT–I actually lost sleep about the end of GOT.  The series finale left me so upset and contemplative I legitimately lost sleep both Sunday night and Monday night.

(note to self, try not to get into new series that come on at night–or at least DVR and watch them at like 9:30 in the morning, on a Saturday or something.)

Yes, I had spent the last 8 years with them coming into and out of my life through the series, BUT, it wasn’t like Arya was my best girlfriend (although I’d totally be down with that if she WERE real, but then, would she really have friends?)  Game of Thrones was an awesome epic show and it was a great way to spend time with my husband, and the start of many many conversations. It was something that my husband and I looked forward to together, and something we actually watched together (which is REALLY RARE–he and I do not like the same sort of TV–usually).  GOT wasn’t real though, and I had no reason to be so attached to it that I lost precious sleep over it.

On Tuesday night during the Led Ashtanga Yoga class, we were joking about how I felt like I was breaking up with the show and how I couldn’t understand why it was holding over me like this when one of the most beautiful students said–you should practice the yoga of letting it go!

JUST LIKE THAT, BAM, SMACK IN THE FACE….LIGHTNING BOLT–I was out of my yoga.

Sure, I’d practiced yoga Monday and Tuesday, but  that was the physical, the asana, practice. I hadn’t stopped long enough to meditate on what was bothering me and to release it, to practice Aparigraha and let my attachment to GOT go.  As soon as I remembered this principle, it was like a HUGE weight was lifted off my chest.

That night, after the kids were asleep and my husband was peacefully dreaming, I practiced a little self reflection, I meditated on what it meant to be so attached to a great show, and how it wasn’t serving me anymore.  I decided to let it go.

Now, do I still miss the idea of seeing a new episode of Game of Thrones?  Of course.

Was it a great series and wonderful way to spend so many seasons watching and discussing with my husband, yes.

Will I lose sleep over it because I won’t see a new one again?  Not anymore.

What do you need to let go of today?  Maybe it’s something sorta silly like your attachment to a super amazing sci-fi drama.  Maybe it’s an attachment to a relationship that doesn’t build you up–whether it’s a relationship to a person, an object, to food–whatever.  Today, I encourage you to take a minute to meditate on how liberating it would be to truly be free from the attachments that are not serving you right now.  I encourage you to close you eyes and imagine your day without the weight of that attachment on your shoulders–what does that feel like? What do you look like?  What do you see? Now, keep that picture in mind and tell yourself, I will let go of that which does not serve me. Make that your mantra. Make that your power sentence.  Make that your vision for the rest of 2019. Let’s promise to work together to practice Aparigraha –and let go of the attachments that do not make us better.

If you’d like to join me in this, go ahead, shoot me an email.  jennifer@thriveyogaandwellness.com.  I promise, I read ALL my emails.  I try to respond to all of them pretty quickly.  I’d love accountability partners as I work my way through non-attachment, and I would be happy to be one for you.

Until the next time on the mat, Go in Peace.

If you’re in the Chattanooga, TN area, I welcome you to our beautiful studio.  We offer over 35 yoga classes a week, we have a Traditional Chinese Medicine Doctor on staff, as well as an esthetician on staff, and Physical Therapist and Health Coach.  Our goal is to help you live a life that truly Thrives through exercise, nutrition, alternative therapies and community.  If you are not in the area, I welcome you to our online community.  It’s a fitness based yoga community where you have access to a library of yoga inspired exercises and training as well as private virtual meetups with me twice a month to help keep us accountable, growing, getting stronger and thriving all with yoga based exercises and principles.  It’s a great way to help you reach your wellness goals with a virtual coach there to guide you every step of the way.

New in 2019 is the Thrive Yoga Festival.  As a collaborative effort to raise money for Audubon Acres, Thrive Yoga and Wellness is partnering with many business in the Chattanooga area to provide a family friendly yoga centered day at Audubon Acres.  This first of its kind festival to Chattanooga will have plenty of yoga classes for the adults, but will also have a children’s area for children’s activities, Guided Hiking Meditations, Drum Circles, and of course live music by The Spinsters.  Tickets are on sale now and sponsorship opportunities are still available!  Definitely shoot us an email for more details if you’re interested!

1 thought on “Game Of Thrones Series Finale: A Personal Take on How the End of an Era of Television Can Help in Your Personal Yoga Practice”