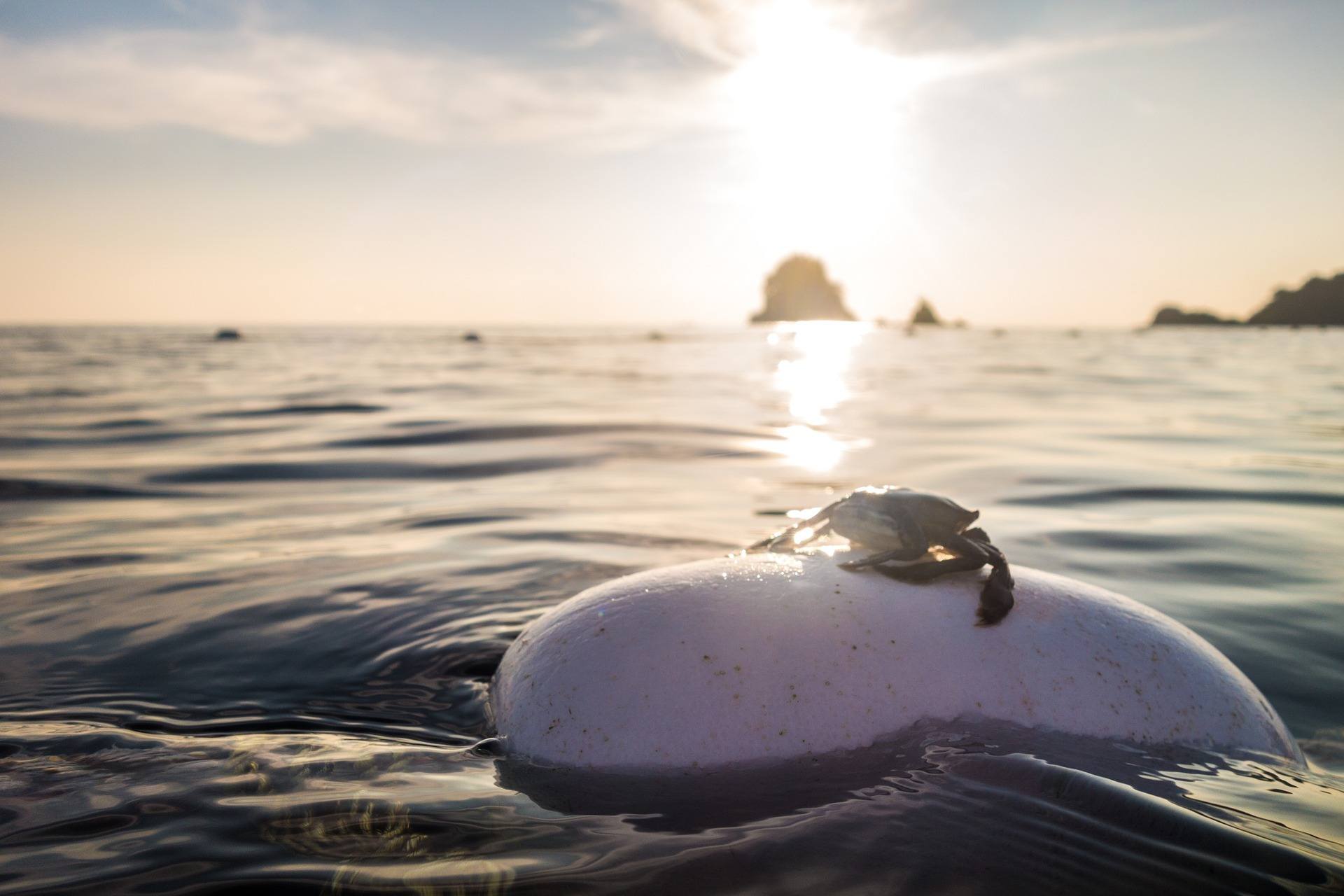 Foreward by Jennifer Dixon MBA ERYT 500 – When I was younger, I wasn’t a typical little girl–I didn’t really care to play with babies, pretend to be a mama with the tea parties all that stuff.  I mean, I would do it if my older sister wanted to or if I was at friends and that was the game of the hour, but seriously, that was not something I just relished doing.  That’s not to say I wasn’t maternal when I left home, I immediately got a dog (I called her a Spritany because she looked like a cross between a Springer Spaniel and a Brittany) and I trained that dog like a service animal.  Belleza, my first “baby” was the first thing that truly brought that maternal side out.

Fast forward 10 + years, happy marriage, and staring down the barrel of being 35, I suddenly decided I/we should have a baby and without much thought and/or effort my husband and I conceived.  (the practicing is the best part, am i right?!?) The doctors, in true doctor style, did their best to scare the heebeegeebees out of me once I did conceive for various health-related issues I had in the past, but suffice it to say my daughter arrived in the usual (if not fast) way, and now I’m a mom times two.

Although these weren’t my dreams as a young girl, it was just something I never really thought about, I even considered NOT having children for a while, that was always my choice.  As we read a little bit about the next part of the Dorris Family Cancer Journey, it struck me as how incredibly lucky I was to have the two beautiful, healthy babies I do have. The choice makes all the difference.  Whether you make the choice to have a child or not–if you have the choice that’s what makes the difference. To have that choice taken away from you because of Cancer Treatments or some other health issue, I just can’t fathom the pain and the heartache.

If you have a baby (that may be 35 or 53 or 3) give that baby a big hug and kiss–after all, you made those cheeks! (I tell my daughter that all the time) and then read on about the next stage in our Cancer Survival Story.

Cancer: A Story of Survival Part 4

For as long as I can remember Kelsey has loved children and dreamed of being a mama. When she was two years old and her little sister was born she was all about helping take care of her. She has always been a caretaker and I have always thought she will be such a great little mama one day.

When the oncologist told us she would have to have chemo and it would destroy her ovaries we were devastated. When we were at the reproduction endocrinologist he gave us three different options to hopefully help her be able to have children in the future but none of them were guaranteed. We could either have her eggs harvested, she could have part of her ovary removed and I think frozen and honestly, I can’t remember the third option. We were supposed to make a decision about it in a couple of days and get it done immediately.

This was the day after we got the diagnosis. We still had not recovered from the shock of that and there we sat with our 21 year old daughter in the reproduction endocrinologist office because the doctors thought it in her best interest to inject her full of chemicals that would potentially destroy her dreams.

It was probably this same day I was in the car with my husband and he burst out crying telling me what an awesome mom I am and how strong I will be for Kelsey while she is going through chemo. I can’t even explain the rage that went through me at that moment. If I were a violent person I would have hit him. I wanted to scream at him. I didn’t understand the anger and why it bothered me so bad but the thought of chemo did not sit well with me at all. I knew I did not want that for her but going against the medical establishment was scary and I wasn’t sure it was effective against cancer.

When I got home that day I watched part one of the documentary “The Truth About Cancer” I then had my husband watch it. I highly recommend watching this video. It is free on YouTube and will offer you so much insight into the cancer industry, chemo and alternative therapy. We learned through this documentary we had many options and one of them in particular filled us both with hope and began the dream of taking our daughter to a cancer clinic outside the US.

The following day was our visit at Vanderbilt. We all left feeling defeated deflated and hopeless.
The next day we had an appointment with a local holistic doctor/nutritionist. Kelsey and I went to see Dr Cally. Tracy wasn’t really on board with seeing her at the time. I remember when we walked in the office I was internally freaking out and asking myself what the heck am I doing here? Have I lost my mind thinking this is a good thing for my daughter?

Dr. Cally has such a calming and peaceful presence about her. She immediately filled us both with hope. She told us she would support us in whatever decision we decided to make and didn’t try to persuade us one way or the other. She had personal experience with cancer and had beat it herself. She was extremely knowledgeable and offered me several resources to use for research. She also told me you have some time to make an informed decision, don’t be rushed or pushed into something quickly. She told me we had a good two months before we absolutely had to do something. She gave me such a great gift that day in telling me I don’t have to make a decision this very minute which was the opposite of what the oncologist had been telling us. She has been a lifeline to us during the calm and the storm. Kelsey fell in love with her and told me she wanted Dr Cally to be her doctor.

Making the transition from traditional medicine to alternative medicine to treat Kelsey was a little easier for me than for my husband. I had been on a more natural path for a couple of years and had seen first hand how using alternative treatments were every bit as effective as traditional medicine. But this had been with things that weren’t as life changing as cancer.

Our next visit with Dr. Cally all four of us went. She talked to us about tumor markers and what specifically to look for in blood work to determine how Kelsey is doing on the treatment. Up until that point Kelsey had not had the first drop of blood drawn. In fact, we were told there were no tumor markers for this type of cancer. Dr Cally showed us from the pathology report there are in fact tumor markers for this particular kind of cancer. Tracy saw how knowledgeable she was with this specific situation and decided to trust her to walk this path with us.

One of the first things Dr. C did was change Kelsey’s diet. She put her on a low acidic high alkaline diet because cancer thrives in an acidic environment. It has a much harder time surviving in an alkaline environment.

You would be shocked to learn how many people have successfully cured cancer through diet alone.

Another thing she recommended was to take a high amount of Vitamin C. I had heard and read about people having Vitamin C infusions to help treat cancer. She also had Kelsey do a detox to help rid her liver of toxins and put her on numerous supplements to support her body in healing itself.

The goal was to boost the immune system and get it at a healthy level so her body was better equipped to fight the cancer cells. This is the complete opposite of what chemo will do to the body. Chemo actually destroys the immune system setting you up to catch every form of sickness you are exposed to. The body was created to heal itself and is perfectly capable of fighting cancer if you are giving it what it needs to do that. We threw everything at the cancer we had in our arsenal at the time while we were getting things figured out for taking her to the cancer clinic in Mexico.

When the oncologist told me there were no other options besides chemo and radiation what he meant was there are no other medical options besides those two things. Once you choose to step outside of traditional medicine you will find so many more options than you even know what to do with. Some treatments work much better than others for different types of cancers. Research and see what has been more effective with the type of cancer you are dealing with. Also there may be several treatments that have been successful with your particular type of cancer but one of them may work better for you than another depending on your particular body chemistry. Thankfully we had someone walking the path with us offering us guidance.

There is a much safer option for radiation as well. It’s called Proton Therapy and some US Cancer Centers offer it but many do not.

Here are a few of the cancer treatments I learned about during this process:
1) The Gerson Therapy – this is mainly diet based and many have seen great results from using this alone.
2) Protocel – this is a supplement you take that has been shown to kill cancer cells
3) Vitamin C therapy
4) Mexican cancer clinics – there are several, research them to see what would be a better fit for you. They all offer different treatment options. Yes, there are actual oncologists at these centers who have had great success healing cancer. There are also some great alternative cancer centers in Germany and China as well who have also experienced success with healing cancer.
5) Oxygen therapy
6) Immunotherapy – this one just won a Nobel Prize and has been in the news lately. They have been using this therapy in Mexico for years.
7) Natural Chemotherapy – this is the natural form that only kills the cancer cells. Unfortunately, you can’t find this type of therapy in the US
8) Coffee enemas – it’s exactly what it sounds like. It will help detox your liver so your body is better equipped to fight cancer cells and fortify the immune system
9) Essiac Tea – this has been known to kill cancer cells
10) CBD oil – this has been proven successful in many people

These are but a few options available to you and most people will use more than one therapy at a time.

Whatever you decide to do keep in mind it will most likely take 3-6 months before you see any huge improvements. Also, many of these therapies can be combined with chemotherapy if you choose to go that route.

Research this for yourself. Read other people’s personal success stories of their experiences with your particular type of cancer and what helped them.
More to come soon….