How to Understand CBD Product and Dosage Measurements 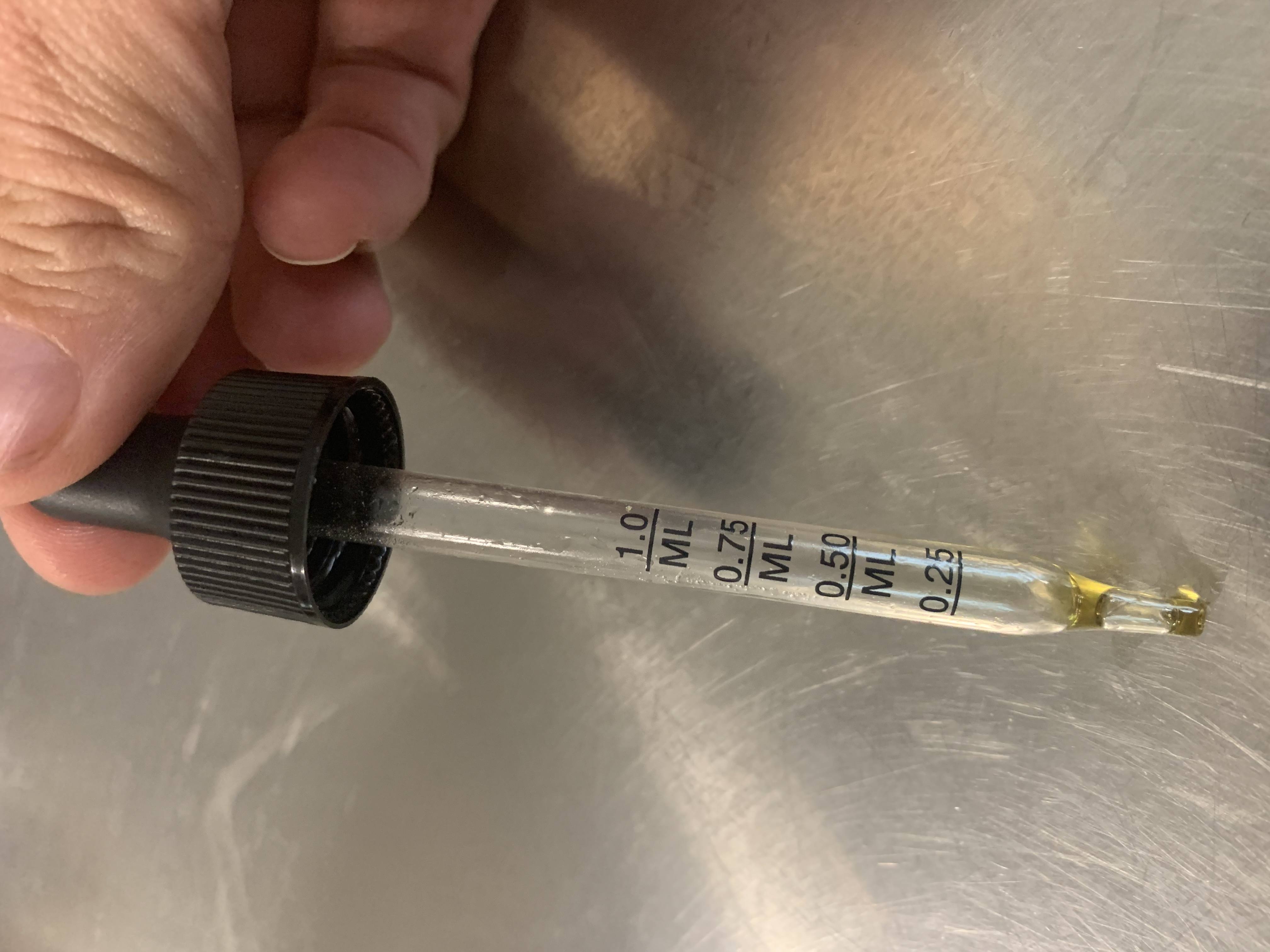 There are a number of obstacles to gaining a clear understanding of CBD products, hemp, and cannabis in general. Among the chief obstacles is the near total lack of consistent, standardized, universally accepted terminology. The easiest of these to tackle is the confusion surrounding product quantity and concentration, so we'll start with that. At least when it comes to measurements, we have universally accepted terminology.

The problem arises, especially for the typical American consumer, due to unfamiliarity with the terms involved, and how that unfamiliarity clouds any accurate assessment of one of the most basic attributes of any product:

How much of “it” (CBD) are you getting inside your container?

Exactly what the product is can be a far trickier question, so we'll leave that for later installments.

The measurement problem is worse for the average American consumer because the USA is the last significant holdout against everyday use of the “International System of Units,” commonly known as the metric system. The typical American consumer who is not engaged in a scientific or medical profession still uses what has come to be called “United States Customary Units--” i.e., ounces, pounds, cups, quarts, gallons, etc., instead of the metric standard of grams and liters. Roughly half the U.S. population is over 40 years of age, and the older an American is, the less likely they are to think of measurements in metric terms.

While the following discourse may seem overly elementary to an international audience, I trust everyone will agree that it makes sense to clarify the issue for the largest market on the planet, and especially for the half of that market with the most money to spend.

The issues at hand are:

Dry versus liquid measure, and volume versus mass (or weight.)

Obviously, liquids have mass. The problem arises in being certain of what you're actually discussing or measuring at any given point in time.

CBD products are labeled in terms of grams per liter--or most commonly, milligrams per milliliter.

At this stage in the development of marketing, packaging, and labeling the products, (allowing of course for the rarest of exceptions,) the only specific measurements provided are for CBD and THC content, and unfortunately, even that can be misleading. There are literally hundreds of biologically active compounds to be found in hemp or cannabis plants. (FDA officials still say “over 80 biologically active compounds”--those guys are still at least 20 to 40 years behind the most current international research. It's no wonder their policies are still such a mess.) All of those compounds, whether considered individually, in either isolation or groupings derived by laboratory processing, or in their naturally varying, naturally occurring states, have distinct, distinguishable effects on the body-- human or animal. This fact is the basis for a future article. I only bring the issue up now to re-emphasize that what you're measuring (or not measuring) is as important as how much of the product you are actually getting.

To begin with, if you're going to buy any commercially available CBD product at all in a state, country, or jurisdiction where either medical or recreational marijuana is not legal, you're going to have to assume that the THC content is below the legally acceptable limit of .3% (.2% in the EU.) All legally produced CBD products are required to undergo laboratory analysis prior to the sale.  Whereas until recently, when the US Food and Drug Administration assumed oversight of the products produced and or sold within the United States, producers may have gotten away with a little variance in adherence to that standard, or even produced products falsely claiming to have been tested and pass the standards, but this eventuality becomes increasingly less probable with every passing day.

As you would rightfully assume, a .3% concentration is intended to tell you how much of the substance “THC” (i.e., Δ9THC, or delta-9 Tetrahydrocannabinol, to be specific) is in any given quantity--be it a drop, a bottle, or a barrel. Again, the tacit assumption is that the substance is equally distributed throughout the sample (or dose, or bottle.)

The business of milligrams to milliliters is intended to tell you how much actual CBD is in any given volume of the product. The first big confusion arises from the errant assumption that milligrams and milliliters are directly interchangeable measurements, one to one. People tend to assume that since both words start with “milli,” they are both referring to the same thing. This is completely wrong on two levels.

What’s the difference between Milligrams & Milliliters in my CBD?

In the first place, one word is measuring mass (weight), the other volume. Without becoming overly technical, suffice it to say that originally, one gram was accepted to be the weight of one milliliter of pure water. Over the years, more technical qualifications were added to the definition, but the basic principle is the same.

CBD is an oil. Oil is less dense than water. The molecules are bigger.  (That’s why oil generally floats on top of the water.) Therefore, you can't get as much oil into a given area (or volume) as you can water. A gallon--or liter-- of water weighs more than a gallon--or liter--of oil. So, a direct one-to-one relationship is incorrect to begin with.

The packaging of a CBD product generally tells you how many milligrams (mg) of CBD there are in the entire bottle or in each dose. The number of milliliters (ml) tells you how much fluid, in general, that the bottle contains. Most packaging now provides a per ml, or per “dose” number as well. I put the word “dose” in quotes because dosage of CBD products is in no way standardized.  All those numbers can be confusing, if not outright deceiving if you're not careful to differentiate what they are describing.

Why do these measurements matter? Here's an example:

You could find a 30ml (just over one ounce) bottle with 2,000mg of CBD sitting right next to a 60ml bottle with 1000 mg of CBD for the same price.  A 60ml bottle is obviously twice as big as the 30ml bottle, but that doesn't mean it's a better deal. In this case, the smaller bottle contains more CBD.  However, there are other things to consider, which we’ll cover in depth in other installments of this series. For the moment, let's just focus on the manner of “delivery,”  or how you actually get the stuff into your body.

If it's a “topical” product, what else is in it? Is there more than one “active” ingredient? Almost certainly, the answer is yes, because (at least at the present time) it would be cost prohibitive to rub pure CBD oil onto your body. Given that it's going on your skin, it usually contains one or more additional “carrier” oils, many of which have additional therapeutic properties of their own. Are the additional substances natural or synthetic? Active of inert? (We'll talk about the differences and how they can impact your results in other installments.)

If it's an inhalable product, there are a whole different set of parameters. Is it a heat-activated product? Or is it a pressurized atomizer or ”inhaler” similar to those used by asthmatics? Either way, what else is in it? Make sure you’re reading milligrams (mg)  and not micrograms (mcg.) There are a thousand micrograms in a single milligram.

And then there are all the products ingestible by means other than topical application or inhalation. Even though according to current FDA rules as of the time of this writing, it's still “illegal” to sell edible CBD products, or to add CBD to beverages, foods, or dietary supplements, they are still broadly available, so I’ll address them. (I'll address the legality issues in other installments.)

If you're expected to swallow a product, taste is almost always of great importance. The simple truth is, most people don't like the taste of plain CBD oil, regardless of the variety of plant it comes from.  As a result, it is routinely mixed with other more popular and palatable flavors. People's personal tastes and flavor preferences vary to an extreme degree. To say the least, it can be a real balancing act. It really depends on the person. Some people would rather deal with a smaller amount or something they don't like to taste at all than a larger amount of something they can marginally tolerate. It's a completely individual and personal thing.

Therefore, whether or not you want a more highly concentrated or less concentrated product is a matter of taste as well as price consideration. Just remember that how much CBD you're getting in any given amount of liquid or oil is measured by weight in milligrams. The fluid measure, milliliters, alone, doesn't tell you how much active ingredient you're getting.

To make it super simple, when you're buying a CBD product, how much actual CBD you're getting is always measured by weight--virtually always in milligrams--and not by volume, measured in milliliters. The milliliter measure lets you know how much fluid, cream, or salve there is in the container, and enables you to calculate how much of it you have to consume or apply to get the desired amount of CBD.

Now, I challenge you to stop and think again for a moment about the huge difference between a milligram and a gram, and that it takes even more than a gram of oil to take up one milliliter of space or volume. To keep things as simple as possible, let's say you had a 100ml bottle of a CBD product. (For all you Americans, we're talking about a bottle of about 3 1/3 oz.)  Let’s say the label tells you the product contains 10,000 milligrams of CBD.

In the first place, that would be a huge bottle by marketplace standards, and a significant concentration of CBD for such a container. Still, that product would only contain 10% CBD. It would contain 90ml--90%--of something or things other than CBD.

So what else is in my CBD bottle?

That's the subject of the next installment in this series. Check back soon to learn the answer. It might surprise you!

4 thoughts on “How to Understand CBD Product and Dosage Measurements”