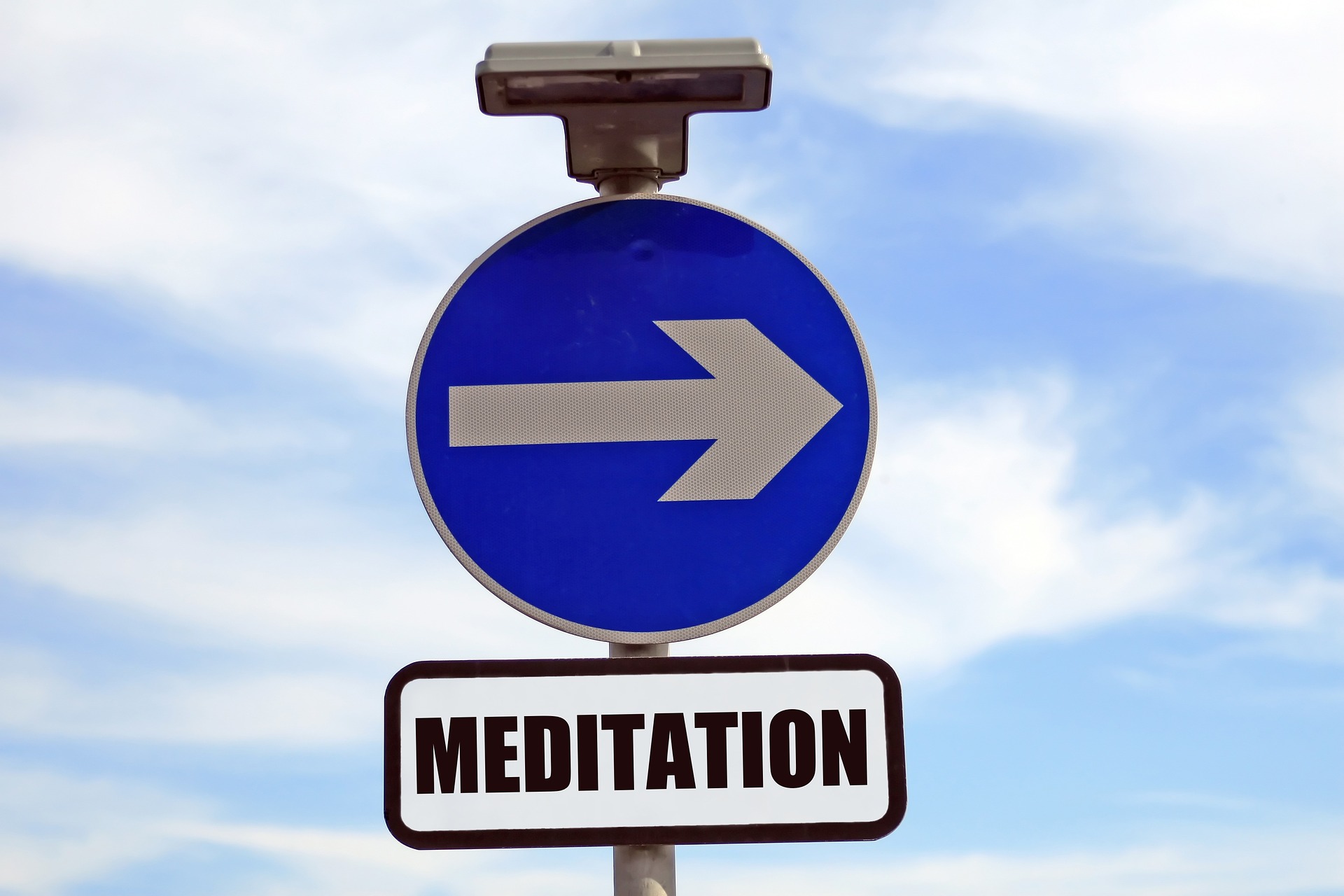 For those of you that know me, ya’ll know I don’t cuss on the regular.  After all, my father always told his girls (there are 4 of us) that his girls were, “too smart and too pretty” to say words like that.  Instead, he offered the suggestion of telling someone to go eat Bovine Excrement if they were giving me grief. (hopefully you’ll get my dad’s sense of humor there!)

So why the name of this pose?

The Sunday before Christmas this past year, we were rushing out of the house to get our photos with Santa.  The kids were all pumped up, we were trying to get to the mall before Santa left for the North Pole, and it was just plain madness.

Read here: just another day in the life.

I had just turned off the main lights, my husband was in the garage getting things loaded up and the kids were standing by the door all bundled up waiting on me.  I was leaving the kitchen to turn off the last light (i’m forever going to blame the save the world movement on this injury) when, in the darkness that was that space, I inadvertently stepped on a clearish bead necklace my daughter had made me that was left beside the toy box (not IN the toy box.)  The subsequent fall will forever be dubbed the fall heard round the block.

I stepped on the beaded necklace in my booted left foot.  That foot swooped out in front of me, and I fell. HARD. On my left hip and left hand.  My left shoulder took a lot of the force as well as my neck. I kid you not, I saw stars.

No, in case you’re wondering, I didn’t yell out any cuss words on the fall.  (thank goodness, those little ears are copying everything these days!)

I laid on the floor balled up in the fetal position almost, trying not to cry, and most importantly trying really hard to relax so things didn’t get worse.  I swear to you, I thought I had broken basically everything on the left side of my body. My left fingers didn’t want to work and I hurt, everywhere.

My daughter came over and kept asking if I was ok (sweet heart), and my son (he’s 18 months old) just kept trying to pick me up by my shoulder.  (not sure what to think about that one ;)) My husband came in and was like, what just happened?!?!? “Oh nothing much, I just wanted to see what the ceiling looked like.”

I got some ice and a wrist bandage and we ran out of the house to be sure to see Santa (it was his last day in town and yes, I’m a last minute person, clearly.)

The next day, my left hand was bruised and I hurt everywhere, so i didn’t do my own personal practice, but it was a big class at the studio, our annual Santa Cookie Burn, so i had to be at the studio.  We had technical difficulties, so the streaming service we were trying to do didn’t work, which meant that I needed to teach–even with the pain.

Suffice it to say, this was a bad fall and life still had to go on.  The problem was, the pain kept going on as well. Despite the CBD, Anti inflammatories, Ice, Heat, Fire Cupping, Physical Therapy, Chiropractic Care (multiple times), my left shoulder and neck were in basic chronic pain.  This was all less than one month from my training–the time i should be at my peak physically.

Rather than cancel the training (My teacher only teaches stateside a couple of times a year), I loaded the family up and we travelled to south florida with a car load of CBD and pain killers.  (i don’t necessarily recommend this.)

Within the first day, my close practice friends all said, Jennifer What’s wrong with your Shoulder?  Or, Jennifer, what’s wrong? Your right side looks like it’s collapsing? When you hang out with a bunch of super experienced yogis, they notice….everything.

Thank God for Ginetta.  (Here is a link to her story…)

Ginetta is a super awesome yoga teacher, she’s got a couple of PhDs, is a professionally trained singer, and a phenomenally trained body worker.  One day after about 6 days of practice, she came over and worked on my neck and shoulder and invited me to her house so she could fix me. At that point, I was game for anything, so I loaded up after class, and went over hoping and praying for a miracle.

What happened next is just that, miraculous–but not in a way you might expect.

Here I was in Ginetta’s Condo, on her massage table just rattling away about –you know, yoga.  Even on a massage table I’m always working you guys. I’m always thinking about you, what you may want on the studio, online, or even on our blog.  Here I was about 20 minutes into this body work when Ginetta stopped me and said, “Jennifer, Stop.”  “for just an hour, let’s not work. You need to let it go.”

You see, my shoulder was not loosening up. No matter how hard or soft she worked, my body was basically fighting her.  It was like a softball had moved in underneath my shoulder blade and didn’t want to move.

Ginetta, in her wisdom, said I was holding on to something.  She didn’t know what it was, but she said I needed to keep my mouth shut, and just breathe.  With every exhale, I was instructed to just think, “let go, let it go.”

Within 5 minutes of just breathing and being present, the softball became a baseball.  In another 5 minutes, I had a golfball. By 20 minutes, the golf ball was completely gone and so was my pain.  I’m not kidding you. This wasn’t super hard core deep tissue massage, it wasn’t painful, it was just a regular intensity massage with an intention.  The intention was Let It GO on every exhale.

I let that $hit go….whatever it was.

The story doesn’t end here though.  After making that trouble spot go away, Ginetta moved down my right leg.  Here’s a secret–i NEVER EVER let people touch my right ankle. I’ve had 9 surgeries on that ankle and the nerve endings are all messed up so it’s very uncomfortable to have someone touching it, mostly because I can’t feel it.  (if you’ve never had nerve damage that may not make sense to you, but trust me, think about not being able to feel when you touch your body–it’s unnerving.) Anyways, I never talked about my injury, and Ginetta didn’t know about it, but somehow, I guess intuitively she knew something was going on.  She went to town on the scar tissue that abounds “down there” because I never touch it either, and do you know what happened? My shoulder started hurting.

I quit exhaling and thinking, “let it go.”  Instead I starting thinking, “oh crap oh crap, what’s she doing down there.”  I told her pretty quickly about the injury and how I never let people touch it, but i trusted her.  She kept working on the ankle until I told her it made my shoulder hurt. This is the shoulder on the OPPOSITE side of the body.

Ginetta stopped working on my ankle and went back to my shoulder to help me let it go, and she reminded me that my only job on the table that hour was to keep exhaling everything out.  To keep letting it go.

By the end of the session, my left shoulder and neck were pain free and i could feel scar tissue busting up in my ankle (also very unusual).

You may be asking, “so what’s the point of this post?”

I honestly have no idea what I was holding on to.  I’m a mother of two small children, wife, small business owner, daughter, sister, 39 year old female.  Who the heck knows what is stored in the cells of my body, but that’s just it, something got stored up and in there, and it didn’t want to let go.  The manifestations of this crap (because I believe it was just that–crap) was exceptional pain, pain that was brought front and center as a result of that fall.

I have a question for you.  Do you have some inexplicable lingering pain?  When was the last time you spent time, consciously letting that $hit go?

I’m no doctor–I don’t want to pretend to be but I read a cool article recently that talked about how our bodies store trauma and how it manifests itself, oftentimes in pain.

Conscious breathing or meditation practices have been around since the beginning of time, and are quickly becoming very mainstream.  (more posts coming about the benefits of meditation) The growth is due to the undeniable truth that comes from –even just one round of conscious breathwork– the truth that is, this stuff works.  I will preach it from the rooftops, this stuff works.

You may think it’s a bit coincidental, but I firmly believe that had I not shut my mouth, disconnected from the responsibilities that is this life, and consciously told whatever it was that was balled up behind my left shoulder to just go, had I not just kept saying, “let it go” with every exhale, that silly shoulder injury would still be hanging around, possibly even worse with all the practice that happened the last month.

If you have ever been interested in conscious breathing techniques or meditation, I invite you to come and practice with us here at Thrive Yoga and Wellness.  A yoga practice includes many forms.  The linking of the postures, or Asanas, can be considered a moving meditation.  The stillness found in long holds, like in a Yin Class is a type of meditation. We are even starting regular monthly guided meditation classes, to help you consciously let go of the worries and cares of this world, and to help you let it all go.  I hope that you’ll join us in these events and that it helps you to let something go, and maybe even helps you to find some relief–from stress, pain, whatever it is that simply won’t leave you alone. Let’s start that mindfulness practice today so we can all let that $hit go.  I can’t wait to practice with you soon!

Want to be the first to know when a new post comes out?