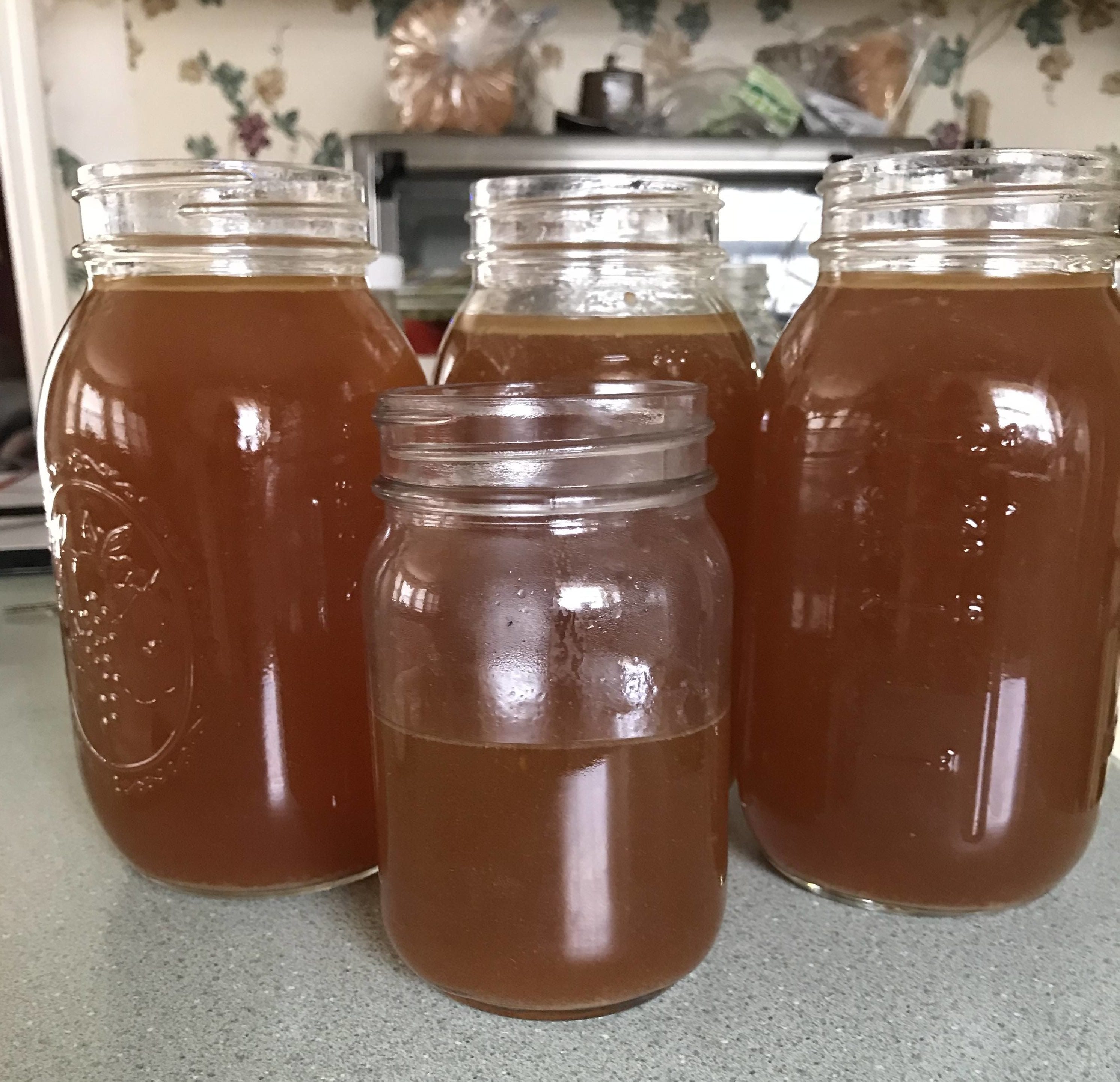 The Healing Benefits of Bone Broth

Did you grow up where at your grandparents’ house or maybe even your own home had a continuous stockpot on the stove? This is the pot where all the discarded vegetable scraps and/or bones were thrown into. That pot was the “go to” pot when the cooking began. It was that broth that seasoned a good majority of the food that was made. Did you know, that was medicine in a pot? Somehow, “they” knew.  They who? Our ancestors.

Their food didn’t come from a box that was formulated in a lab and manufactured on an assembly line that resembled a car plant. Our ancestors ate from the earth, they ate what the land provided. They respected and honored their animals. The animals that they sacrificed for cooking actually lived naturally and were able to eat according to their own innate instinct. They roamed the land and had lived natural lives. Not anything like what is being done to our animals and food today. However, I digress, I am here today to discuss something that is still available, still fairly simple, and has tremendous health benefits…what is this magical homemade medicine?

The Medicine of Bone Broth: How I learned about Bone Broth.

Now I can go on and on about the many benefits people and pets can receive from cooking with or simply drinking bone broth. I have seen the healing power first hand. Some years back I had a beloved black lab, his name was Brewtis. Do you know that once in a lifetime type of pet that knows you and feels you to the deepest part of your being? Well, that was Brewtis. I must say that I have loved each and every one of my pets and they have all been special. However, Brewtis was “that one.” The one with the sweetest soul.

As he began to age arthritis set in. It got to the point where it was debilitating. I finally took him in to see our veterinarian. The good news was that he was in great health, his labs came back and his kidneys and liver functions were perfect.  However, the arthritis was so bad in his legs and spine she was amazed that he was getting around at all. I was given some medication to relieve the pain and hopefully reduce or control the inflammation. As the doctor was leaving the room, almost like a passing thought, she looked and me and said, “you should be able to get about 6 more months with him.”

WHAT? I froze and couldn’t breathe. I thought this medicine was going to help? She said, yes it most certainly will help with the pain and arthritis but it will eventually compromise his kidney and/or liver function. I left that office that day and probably for several days remained in complete shock. As I gave Brewtis his daily medicine I couldn’t help but think ultimately I was contributing to his organ failure. It was at this time, that my entire life began to change and I went on a mission. I knew there had to be something that could help him without harming him. I began to research like a woman on a mission.

I researched day and night. The research kept leading me to this stuff called “bone broth.” I have never heard of such a thing. That doesn’t mean much. Prior to this, anything natural or nutritional was pretty foreign to me. I mean, I ate my occasional salad and did a good job with my vegetable intake but other than that, nutrition never really crossed my mind. So it began, my bone broth journey to healing. I made that broth and he drank it daily. I mixed it with his food. He was offered bone broth on a regular basis. Slowly things began to improve.

I walked in one afternoon and he had made his way back to the couch which was his favorite napping place that for so long wasn’t an option with the condition of his legs. I knew at that point things were starting to improve. I then found a local veterinarian that worked with holistic healing. He began receiving laser treatments along with therapeutic massage and before I knew it, my sweet boy was back to chasing the squirrels out of the yard once again.

As I watched him improve, I began to think, maybe bone broth wouldn’t hurt this aging body so I began to join Brewtis in his morning bone broth routine. My slight aches and pains started to decrease, my skin and nails improved. I was able to enjoy a healthy happy Brewtis for 3 1/2 more years. Now when I drink my bone broth I can’t help but think of him and how he truly played a part in me finding my path and sharing natural nutrition with anyone who will listen. My kitchen now has many nutritional concoctions brewing at any given time but bone broth is still and will always be a special part of my journey.

Let’s talk about the science behind this amazing healing bone broth:

Ready to give this amazing stuff a try? I will start by saying that it is now sold in most grocery stores and I’m sure there would be some benefit to that form but making it yourself or buying it locally would definitely be much more beneficial. Start by visiting a local farmer’s market and GET TO KNOW  YOUR FARMERS! The labels on your food do not have to say “free-range or USDA organic.” Talk to the people who grow your food. Ask about their growing practices. Maybe even grab the family and take a tour of their land. Most farmers are proud of the hard work they put in and are more than happy to give a tour.

* Try to get a hold of some extra chicken parts such as; backs, necks and even feet (yes FEET)

Place all ingredients in a crockpot – fill with water – add in about 1/4 cup of Apple Cider Vinegar (the kind that states “with the mother.”)

Cook on low for a minimum of 12 hours but closer to 24 hours is what I do. After it’s finished working its magic strain the liquid and store it in glass containers in the refrigerator. Then heat it up; preferably on the stove as a microwave will take out all that nutritional goodness.

Cheers to your health and bone broth journey.

2 thoughts on “The Healing Benefits of Bone Broth”