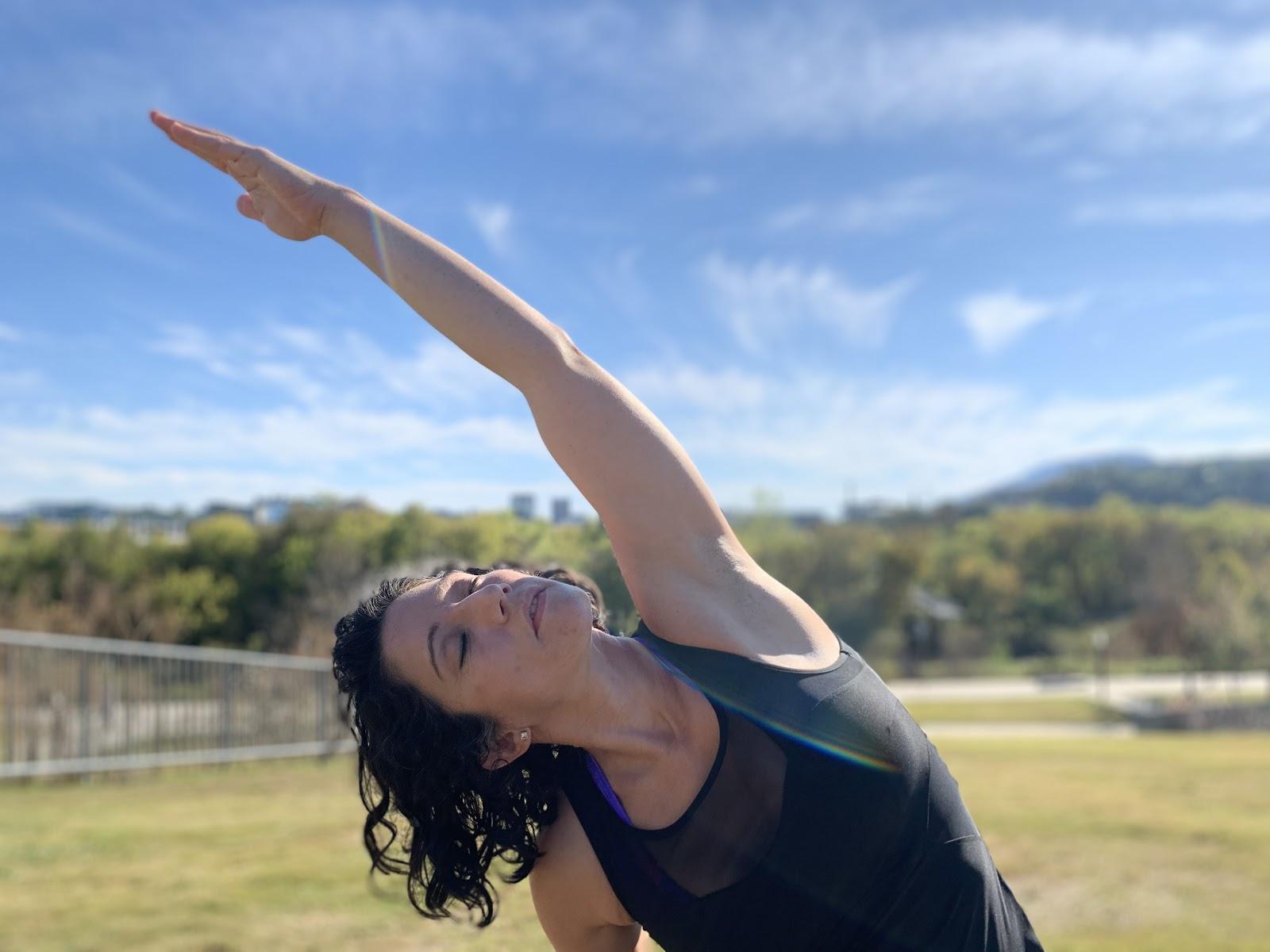 When I first started practicing yoga almost 10 years ago, I was drawn to the sheer physical practice. (it’s honestly what keeps me coming back today).

I like to work out and I can not lie

When I first found yoga, I had a herniated disc in my low back and could no longer do the high impact exercises I used to love like distance running and CrossFit (no offense to either of those sports, I just couldn’t do it anymore.) Surgery was the doctors only other options for me (which wasn't an option in my own mind) so I was super depressed and had it was showing. My husband (boyfriend at the time) suggested Yoga, and I scoffed. “Yoga is for sissies,” I told him.

You can read my full bio here.

After the first class, I realized, that yoga definitely wasn’t for sissies (1) and that I would be doing this practice in some form or fashion for the rest of my life (2).

That is my JAM.

However, it was really hard to classify what exactly this “style” of yoga was because, well, it didn’t exactly fit any of the traditional practices that my studio offered, and it wasn’t exactly like my training (which originally was in Baptiste Style Power Yoga and later, Ashtanga Yoga). Since I came from a workout background, and I liked the strength aspect of the practice, the classes I taught were not really “vinyasa” classes, nor were they “Power” in either the Kest or Baptiste traditional way of practicing (which are really different in case you were wondering.)

In each class that  I taught, feedback would sound a little like

"That was so hard but we didn't do any advanced postures!"

After trying (and rather unsuccessfully) to keep my style of class "inside the box" I finally decided a new name was needed.

This is how HIT Yoga came to Thrive Yoga and Wellness and Thrive Online.

In fact, it's usually longer holds to build endurance and strength.

HIT Yoga sometimes can include light weights or resistance bands (this is an affiliate link), however often times the only weight necessary is your own.

A HIT Yoga class will always have yoga poses, but they will also include drills once inside the pose and getting into and out of the pose.

HIT Yoga is designed to focus on the strength building aspects of a yoga practice. The flexibility will come, I promise.

Just like any other yoga class (besides maybe Ashtanga and Bikram, each session will be a little different. All sessions will require you to work. You will get stronger. You will work your balance. Your core will definitely be targeted, as will your legs and glutes. It's basically a low impact high intensity exercise that doesn't require you to do a single jumping jack or burpee. (Can I get an amen?) 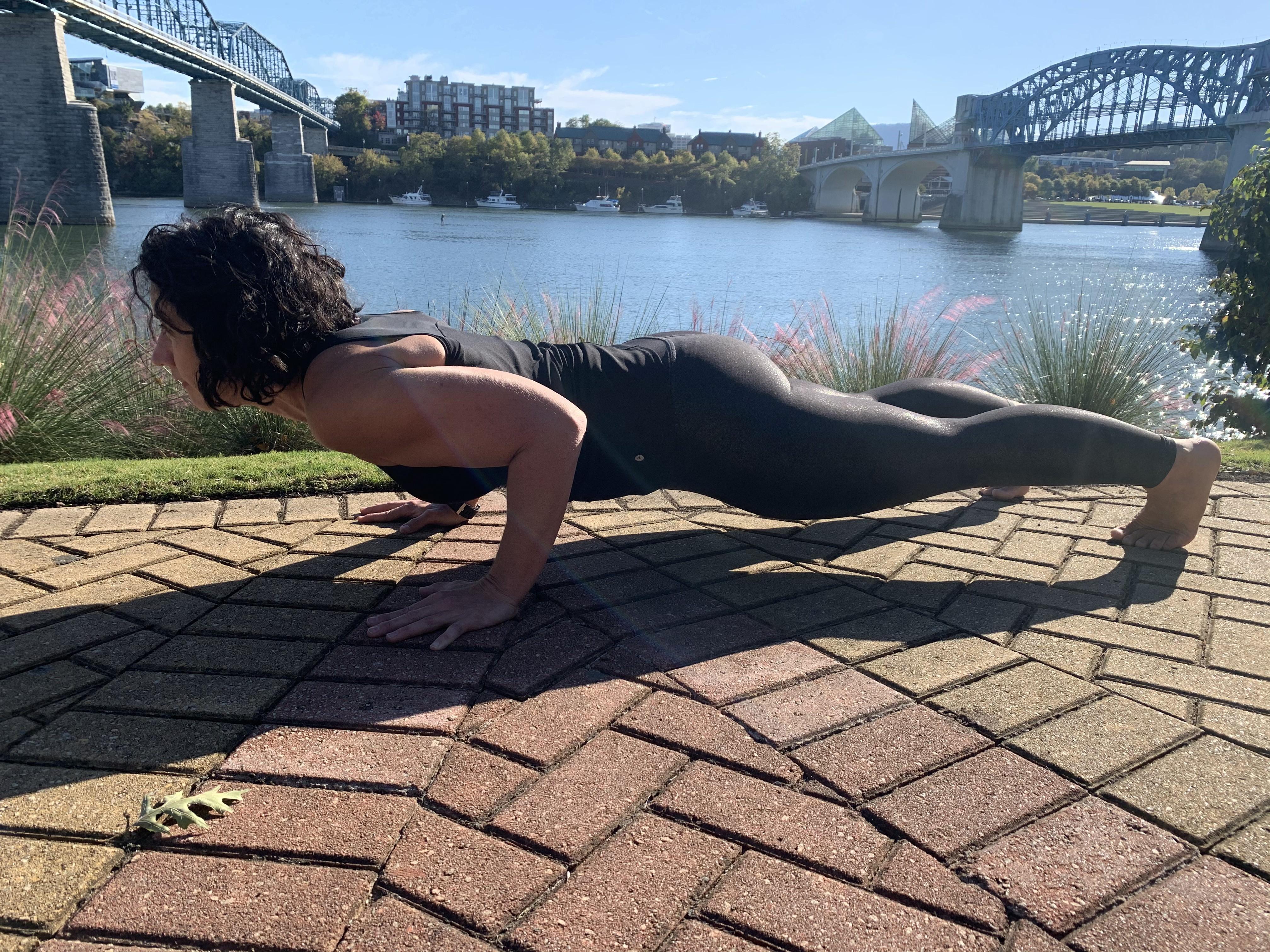 The Chaturanga is Yoga's version of a Push Up, but with your elbows held in close.

If you would like to check out a HIT Yoga Class check out the Thrive Yoga and Wellness Youtube Channel, where you can find many live streamed HIT yoga classes and mini sequences to try.

In THIS video, we tried to accomodate a shoulder injury in class, so the majority of the practice was spent working on strength building in the glutes and quads and of course focusing on balance.

If you like these types of workouts or would like more, definitely check out Thrive Online, your virtual private yoga instructor AND personal trainer. You will get stronger, leaner, more flexible and feel AMAZING after just a few classes, we promise!

Even better, Through Cyber Monday, you can get 50% off your monthly membership to the All Access Thrive Online membership when you use Coupon Code THRIVEONLINE50.  I can't wait to see what you think!