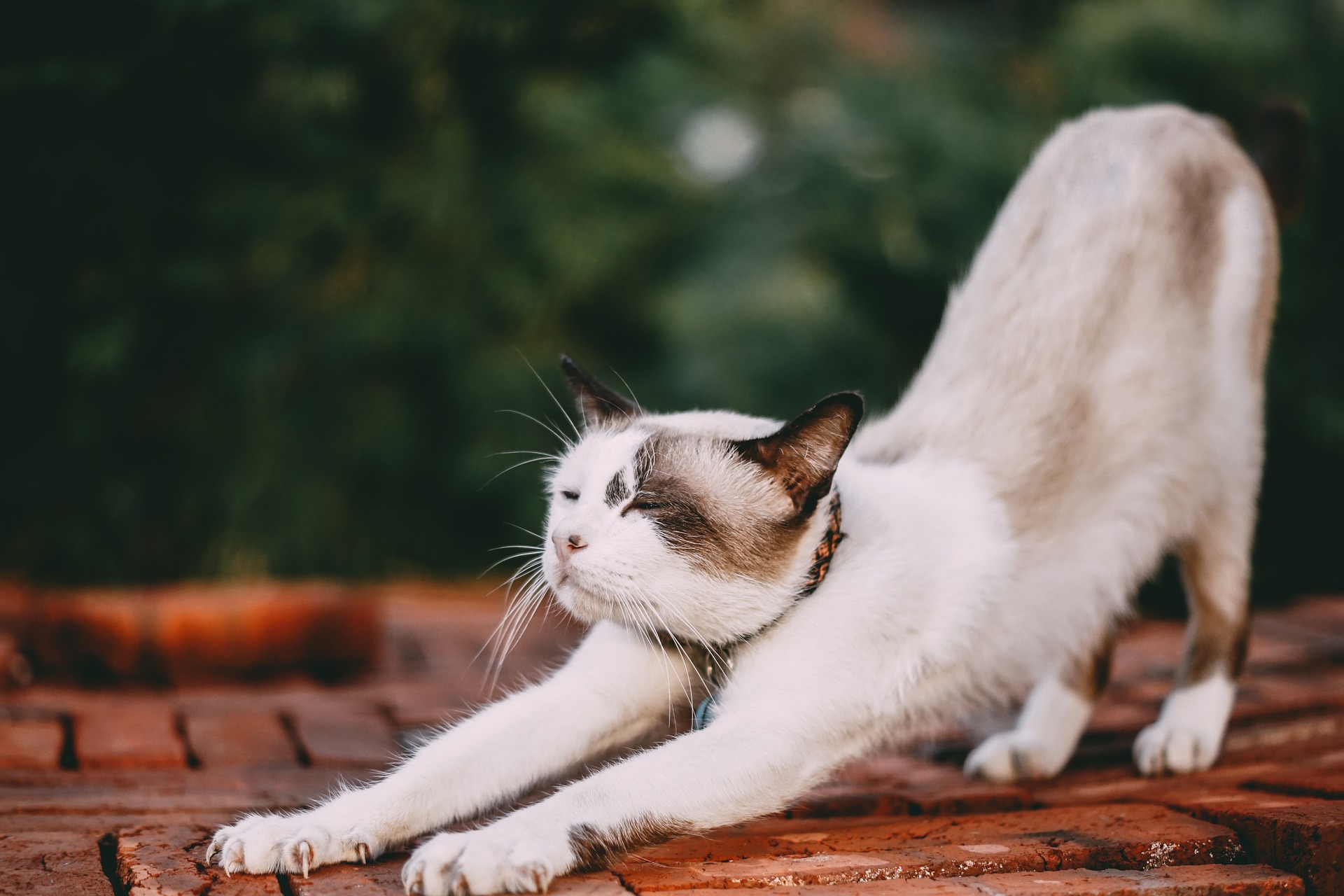 This was originally an article in the Chatter. We have updated the links to reflect events coming up here at Thrive Yoga and Wellness

In this age of athleisure, many are familiar with the benefits of yoga outside of the opportunity to wear yoga pants everywhere. The ancient practice loosens limbs, shores up balance, strengthens the body’s core, teaches us how to breathe, and, maybe most of all, reminds us to leave our ego at the door for once. These days, there are just as many types of yoga as benefits: yin (restorative), bikram (hot), ashtanga (power) and vinyasa (flow).

But this is 2019, and there are some unusual — dare we say strange? — new classes in town. Here is a breakdown of four of them, along with good reasons to try them all.

“I have lived with many Zen masters, all of them cats.” So said spiritual teacher and meditation guide Eckhart Tolle. According to Rachel Kile, a yoga aficionado (and cat-lover) who has tried kitten yoga at three different local studios, it’s a joyful way to exercise and get some kitty-loving in at the same time.

Kitten yoga is the most common new form of yoga, with pop-up sessions held at various places around town.

When you arrive at a kitten yoga class, you’ll find eight to 15 kittens waiting patiently in their cages until the moment of release. Once they are sprung, Kile says, where — or upon whom — they will light is anyone’s guess.

“Kittens love downward dog (so they can play in your hair), and warrior poses, where they can run between your legs,” she notes.

Is it possible to concentrate on your yoga poses while a kindle of kittens is cavorting about? It is, though Kile advises those attending a kitten yoga class for the first time to ” set your yoga goals a little lower, and prepare to giggle a lot.”

According to Taylor Hixson, development director at the Humane Educational Society, which brings kitties to many of the kitten yoga classes around town, what’s good for the yogis is also good for the kitties.

“Kitten yoga gives our kittens a chance to have some play time with plenty of space to run around,” she says. “It also socializes them with each other and with people, which helps make them more adoptable.”

Not to mention, kitten yoga is a great opportunity for kittens and potential adopters to meet one another. “We have a kitten adopted or go into foster care in almost every class we host,” says Hixson.

When I think of aerial yoga, my mind inevitably conjures muscle-bound people in outlandish outfits flying through the air in feats of strength and grace, something like Cirque du Soleil, only without the narrative structure.

“Like traditional yoga, aerial yoga (also called anti-gravity yoga) can be gentle and relaxing, or it can be a challenging workout.” It’s not, however, a circus show, she says.

The goal is to help develop strength, create alignment and enhance balance. But unlike traditional yoga, which uses straps and blocks as props, aerial yoga incorporates the use of slings hanging from the ceiling. Positions that are low to the floor allow students to “relax into the softness of the slings,” says Balch, while gravity and relaxation help to open up the hips and back in a “deep but gentle way.”

Says Balch, “You can find the perfect body position for a certain pose, and then, because you are being supported, work to develop your balance.”

While aerial yoga can be more difficult and more uncomfortable at first than traditional yoga, she adds, “because we are not used to hanging in suspension and putting the pressure of our weight on our shoulders or hips,” barring true physical limitations or injuries, aerial yoga is generally safe for most people.

The best part? For savasana, or the final relaxation pose at the end of class, instead of lying flat on the floor, students rest in “a floating cocoon.” Yum.

“Trying new things can be good for the body and mind,” Balch says. Plus, there is something about floating, flying and being upside down that is exhilarating.

We began partnering with Mending Arrow Ranch in March of 2018, with the very first Goat Yoga Class in our area as a fundraiser for this amazing non-profit organization  dedicated to helping area children and young teens through animal husbandry, riding lessons and so much more. Our first event alone raised over $1000!

In this very beginner friendly, super fun hour, You’ll be led through a series of themed poses, and baby (yes BABY) goats will be in the pen with you!   These babies (and their mamas) are therapy goats,so they have been handled and loved on by people literally from the moment they are born, so it becomes a bit of a cuddle fest as well as a fun frolicking good time for the babies and their mamas.

The benefit of practicing with these cuties is they weigh a bit more than a kitten, so talk about a real balance challenge (whether you’re on your hands like below or on your feet!)

If you’ve never gotten to practice yoga with goats, now is the time!  We have 4 new babies and their mamas, and last year’s “teenagers.” You’ll get to play outside, have some good yogatime, and for sure  get cuddles with a goat. I mean isn’t that really something that IS GOAT (Greatest of All Time?)

Leah Bockert is a yoga and meditation teacher and the practitioner of something called trauma-informed yoga (TIY), a practice that draws on a growing base of evidence supporting a relationship between trauma, the body and the mind. Developed at the Trauma Center in Brookline, Massachusetts, the goal of TIY is to ” enhance somatic awareness (awareness of the body) for the purpose of encouraging self-acceptance and empowerment.”

“TIY provides a safe space for personal inquiry, discovery and healing,” Bockert says. “A trauma-informed approach is critical when working with certain populations [but] we can all benefit from self-care practices that help us to unwind our nervous systems and to self-regulate our emotions.”

Like traditional yoga, TIY can be practiced one-on-one or in a group. Also like traditional yoga, in TIY, the emphasis is not on appearance or ego, but rather on enhancing the participants’ understanding and experience of their own body apart from, and in conjunction with, their environment. To this end, no physical, hands-on adjustments take place in a TIY class. Instead, its purpose is to offer the opportunity for participants to be in charge of themselves and their own choices with regard to movement, something trauma survivors might have found was not open to them in the past.

Because the gentle, hands-off approach and invitation to (re)unite with one’s body can spark strong emotional release, it is recommended that TIY be practiced in conjunction with psychotherapy. In fact, at the Trauma Center in Brookline, having an established relationship with an outside therapist is a requirement. While Bockert says she is capable of “holding space” for possible strong emotional reactions, she strongly recommends participants engage a licensed therapist to deal with whatever comes up in class.

“We all hold and carry a lot [of pain and stress] in our bodies, minds and hearts,” says Bockert. “I think it’s important to emphasize our resiliency and our ability to grow and transform.”

‘ Once Bockert completes her certification at the Trauma Center in Brookline, she plans to offer small group classes at the Center for Mindful Living. Contact her at Leahbockert@gmail.com.